ACL injury caused by sports activities is generally repaired with reconstruction surgery. However, if the procedure fails to achieve stability, repeat surgery is considered. ACL reconstruction surgeon, Dr. Kelechi Okoroha provides diagnosis and individualized non-operative and operative treatment plans in Detroit. He also provides highly specialized care during and after the surgery. Contact Dr. Okoroha’s team for an appointment today!

The knee joint is stabilized by four strong ligaments. The anterior cruciate ligament (ACL) passes diagonally in the middle of the knee, ensuring that the thigh and shin bone do not slide out of alignment during movement. ACL injury is one of the most common sports injuries of the knee joint and is generally repaired with ACL reconstruction surgery, where the torn ligament is replaced with a graft tendon. While this process is a very common and highly successful procedure, some may fail to achieve stability.

Anterior cruciate ligament reconstruction failure may be due to the following problems:

A revision ACL reconstruction is considered after determining the exact cause for the initial failure. Repeat surgery is performed to improve graft stability and address other comorbidities such as infection and arthrofibrosis. Various alternative techniques, fixatives, and grafts are carefully considered for the revision reconstruction to correct failures of the primary surgery.

Dr. Okoroha has extensive training in ACL reconstruction and provides this service for patients in Detroit, Royal Oak, Sterling Heights, Bloomfield Hills, Dearborn, Michigan and beyond.

If you would like to have additional information on treatment of ACL injuries or would like to learn more about failed anterior cruciate ligament reconstruction, please contact the office of Dr. Okoroha, ACL reconstruction surgeon serving the communities of Detroit, Royal Oak, Sterling Heights, Bloomfield Hills, Dearborn, Michigan and beyond. 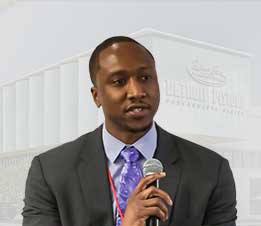